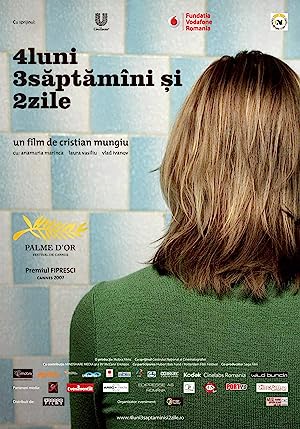 Summary: Romania, 1987, the brutal Ceausescu communist regime is in place; birth control is illegal and abortion is a crime punishable by death. Gabita (Laura Vasliu) is almost five months into an unwanted pregnancy and in meek desperation turns to her friend and roommate, Otilia (Anamaria Marinca) for help in organizing an illegal termination. Unfortunate circumstances force the two women to use a male abortionist, Bebe (Vlad Ivanov), who, in addition to an absurd amount of money, also demands sex with both women as payment. The bleakness of the storyline expresses a dark socio-political critique in the twilight years of a repressive dictatorship.