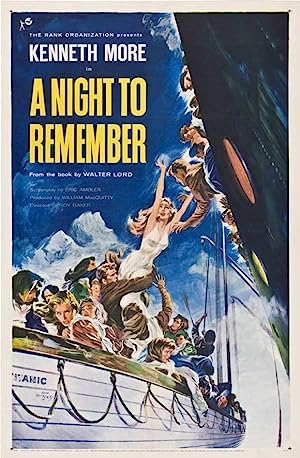 Summary: A successful attempt at an even-handed portrayal of the White Star Line’s (later part of Cunard) luxury liner R.M.S. Titanic’s sinking from the standpoint of 2nd Officer Charles Herbert Lightoller, himself the most senior of the ill-fated ship’s Deck Officers to survive the disaster. (Lightoller later went on to distinguish himself as a line British Naval Officer during the First World War and served as a Senior Naval Staff Officer (convoys) during WWII.