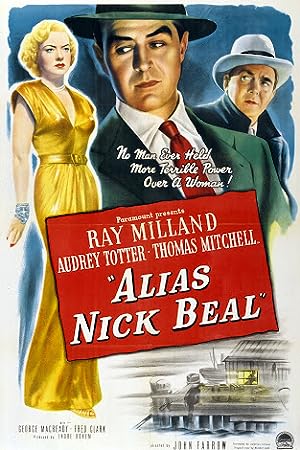 Summary: Righteous district attorney Joseph Foster’s main goal in life is to rid his city of the gangsters infesting it. In order to be even more efficient in his war against crime he plans to run for governor. One day he meets a strange, shadowy man, Nick Beal, who offers to help him to achieve his end. Beal convinces hesitating Foster by dint of easy money, easy sex with an alluring young woman and the promise of easy success. Joseph Foster soon becomes an influential politician but a corrupt one. A minister of God manages to show him that he has been the plaything of the so-called Nick Beal, who might be “Old Nick” , that is to say Satan himself. Foster then decides to resign and to become an honest man again.