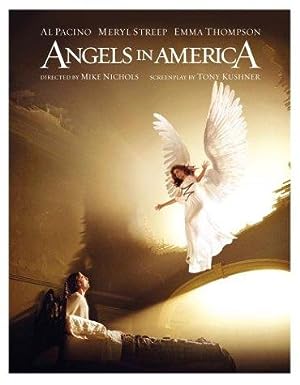 Summary: God has abandoned Heaven. It’s 1985: the Reagans are in the White House and Death swings the scythe of AIDS. In Manhattan, Prior Walter tells Lou, his lover of four years, he’s ill; Lou bolts. As disease and loneliness ravage Prior, guilt invades Lou. Joe Pitt, an attorney who is Mormon and Republican, is pushed by right-wing fixer Roy Cohn toward a job at the Justice Department. Both Pitt and Cohn are in the closet: Pitt out of shame and religious turmoil, Cohn to preserve his power and access. Pitt’s wife Harper is strung out on Valium, aching to escape a sexless marriage. An angel invites Prior to be a prophet in death. Pitt’s mother and Belize, a close friend, help Prior choose.