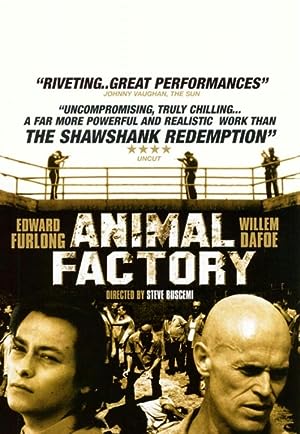 Summary: Ron, who’s young, slight, and privileged, is sentenced to prison on marijuana charges. For whatever reason, he brings out paternal feelings in an 18-year prison veteran, Earl Copan, who takes Ron under his wing. The film explores the nature of that relationship, Ron’s part in Earl’s gang, and the way Ron deals with aggressive cons intent on assault and rape. There’s casual racism, too, in the prisoners and the guards, a strike called by Black prisoners, and the nearly omnipresence of hard drugs. Ron’s lawyer is working on getting Ron out quickly, Earl has a shot at parole, and death seems to be waiting in the next cell. Will prison turn Ron into an animal?