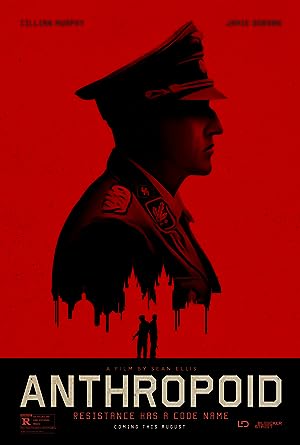 Summary: ANTHROPOID is based on the extraordinary true story of Operation Anthropoid, the World War II mission to assassinate SS General Reinhard Heydrich. The Reich’s third in command after Hitler and Himmler, Heydrich was the main architect behind the Final Solution and the leader of occupying Nazi forces in Czechoslovakia whose reign of terror prompted self-exiled Czech and Slovak soldiers (played by Cillian Murphy and Jamie Dornan) to hatch a top-secret mission that would change the face of Europe forever.i