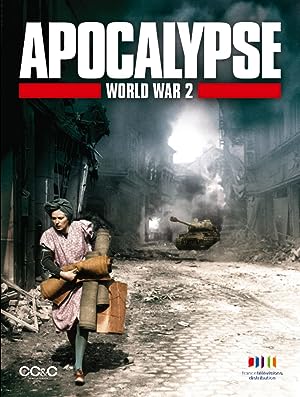 Summary: Apocalypse: The Second World War(2009) is a six-part French documentary about the Second World War. The documentary is composed exclusively of actual footage of the war as filmed by war correspondents, soldiers, resistance fighters and private citizens. The series is shown in color, with the black and white footage being fully colorized, save for some original color footage. The only exception to the treatment are most Holocaust scenes, which are presented in the original black and white.