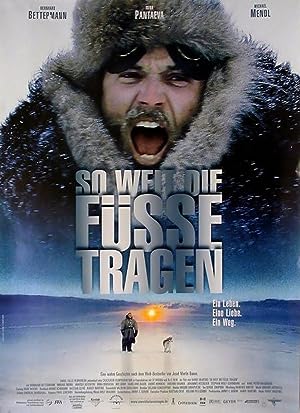 Summary: As prisoner of war Clemens Forell, a German soldier during WW II, is sentenced to a labor camp in far east Siberia. After four years working in the mines he escapes from the camp (in 1949) and tries to get home to his wife and children. For three years he journeys through Siberia. An odyssey of 14,000 kilometers, set against a backdrop of desolate and inhospitable landscape, beset by danger (from both animals and humans). Constantly battling the worst nature can throw at him, Forell makes his way, step by step towards Prussia and the longed-for freedom. Sometimes riding on trains, sometimes by boat, mostly on foot, he never knows if his next step won’t be his last. His prosecutor Kamenev is always right behind him, and more than once it seems that Forell is captured again…

Tags: 1080pAs Far as My Feet Will Carry MeBluRay