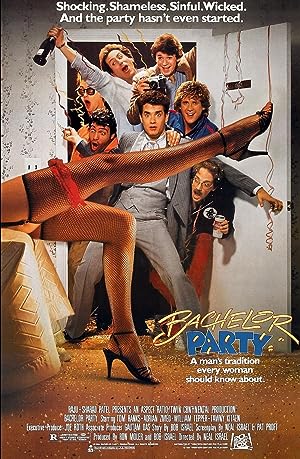 Summary: Rick Gassko is about to marry Debbie Thompson. Her parents hate him. Her old boyfriend hates him. They all have money and he gets a cut of the crap games on the Catholic school bus that he drives. His friends decide to give him the bachelor party of all bachelor parties in an expensive hotel with booze, adult movies and hookers. As the players catch wind of the elements of the party, each adds a little monkey wrench so that one set of hookers ends up giving demos at the bride’s shower, the brides friends end up dressed as hookers in a room with a number of non English speaking Japanese businessmen, and so on, as things get out of hand.