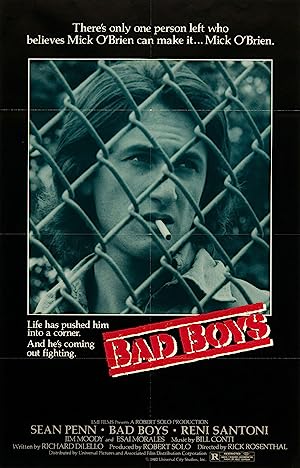 Summary: Chicago crime kid Mick O’Brien (Sean Penn) has been sent to a juvenile prison for vehicular manslaughter. Most unfortunately, the person he kills is the kid brother of his nemesis Paco Moreno (Esai Morales), who vows revenge by raping Mick’s girlfriend (Ally Sheedy). Paco is caught and sent to the same prison where he reworks his revenge plan, and Mick has no choice but to defend himself.