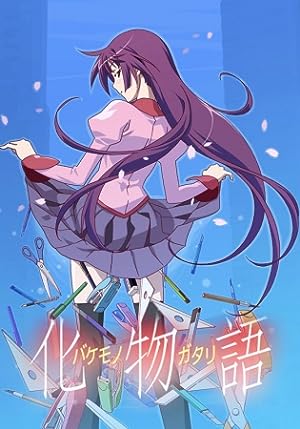 Summary: Follows the adventures of Koyomi Araragi, a former vampire. One day, a classmate named Hitagi Senjougahara, a loner, falls down the stairs into Koyomi’s arms. Hitagi appears to weigh next to nothing, defying physics. Despite being threatened by her to keep away, Koyomi offers his help, and introduces her to Meme Oshino, a strange middle-aged man living in an abandoned building, who cured him of vampirism. Koyomi becomes gradually more involved in cases related to unusual supernatural creatures, meeting new people and discovering secrets in the people he thought he knew.