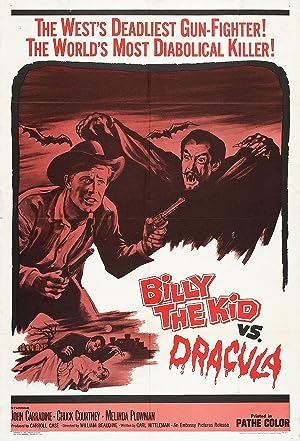 Summary: Dracula goes to the Old West and while riding on a stage learns that one of the passengers is on her way to meet her daughter at her ranch. Accompanying her is her brother who hasn’t seen her daughter. Dracula the arranges for some Indians to attack the stage coach and kill everybody. He then assumes her brother’s identity and plots to make her daughter his mate. When he shows up he meets the girl who introduces him to her fiancé, William Bonney aka billy the kid, who has reformed. When a European family who had earlier encountered Dracula decides to protect the girl and warns Billy of the danger. Billy then wonders if the man is her uncle. And it doesn’t help that no one believes him and the ranch’s former foreman is doing what he can to discredit Billy.