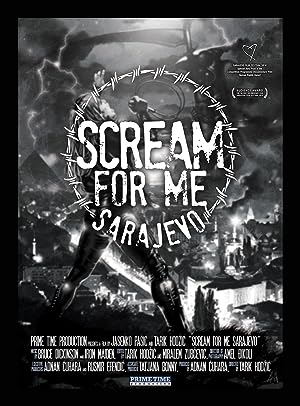 Summary: In 1994 Sarajevo was a city under siege. Mortars and rocket propelled grenades rained onto the city, killing indiscriminately, ever day. Amongst the madness, two United Nations personnel: a British military officer and another Brit working for the UN Fire Department, decided it would be fun to persuade a global rock star, Bruce Dickinson of Iron Maiden, to come and play a gig to the population. Scream for Me Sarajevo brings that story, in all its madness, to the big screen. A story of musicians who risked their lives to play a gig to people who risked their lives to live them.

Tags: 1080pBluRayScream for Me Sarajevo