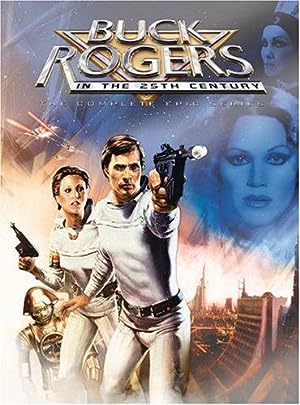 Summary: In 1987, NASA astronaut William “Buck” Rogers is caught in a freak accident in deep space, causing his space shuttle Ranger 3 to be blown into an orbit that returns him to Earth – over 500 years later. The combination of gases that freezes him comes close to the formula commonly used in the 25th century for preservation, and his rescuers are able to revive him. In 2491, when Buck awakens from the freezing, Earth is recovering from a nuclear war and is coming under hostile attack by the Draconian Empire. In the second season, Buck has been assigned aboard the Searcher, a starship exploring the unknown reaches of space while searching for former Earth colonies that are scattered across the galaxy.