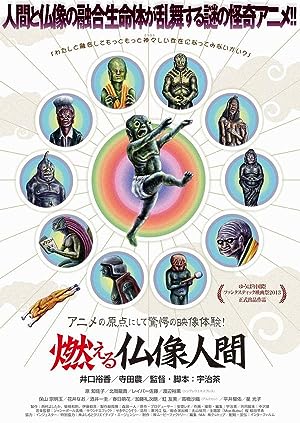 Summary: There is a series of Buddha statue thefts in Kyoto. Beniko, a high school girl, gets the Buddha statue at her family’s temple stolen and has her parents killed at the same time. Beniko hears from Enju, her parents’friend, that a robbery group called SEADDATTHA is the one who killed her parents, and feels the strong urge for vengeance. Enju offers Beniko to live with him since she has no place to go. She wanders into Enju’s secret room and meets an ugly creature that looks like a fusion of her parents and Buddha statue…