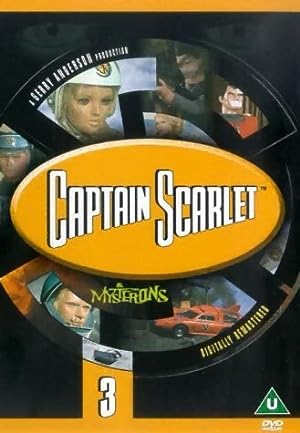 Summary: A misunderstanding on Mars provokes an alien race called the Mysterons to declare a war of nerves on Earth. Throughout the series, they continually make terrorist threats and attempt to follow through with their ability to create obedient duplicates of anyone they kill. Their key opponent is the international intelligence organization, Spectrum, whose agents are code-named according to various colours. Their top agent in this war is Captain Scarlet, an agent who was subjected to the duplication process, but was still alive at the time. As a result, his clone was able to shake off the Mysterons’ control, but leaving being him indestructible and able to survive any wound. Together with his partners, Captain Blue and Spectrum’s fighter squadron, The Angels, the now immortal Captain Scarlet must constantly struggle to thwart the Mysterons’ ever present threats.

Tags: 1080pCaptain Scarlet and the Mysterons