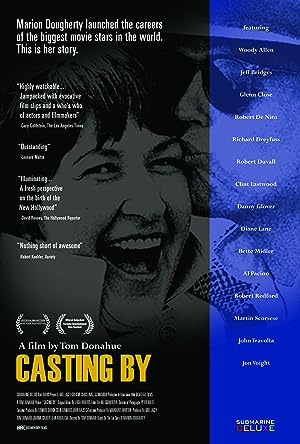 Summary: This documentary focuses on the role of the casting director in movie making and particularly on Marion Dougherty. She began work in the late 1940s sending up and coming young actors to be cast in the then new medium of television. It wasn’t until the 1970s that the contribution on casting directors was recognized in film credits and even today there is no Oscar awarded for that role in filmmaking.