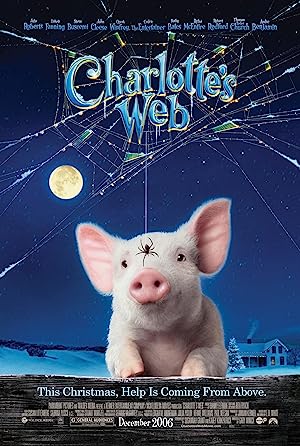 Summary: Based on the beloved children’s novel by E.B. White, a young girl named Fern rescues a runty piglet, raises it as her own and names him Wilbur. However, after Wilbur grows into a pig, she is compelled to sell him to her Uncle Homer Zuckerman down the street. At Zuckerman’s barn, Wilbur meets a host of animals and later learns from them that come winter, he will be slaughtered for food. Fearing for his life, Charlotte, a gentle and wise spider whom befriended the lonely Wilbur, vows to save his life.