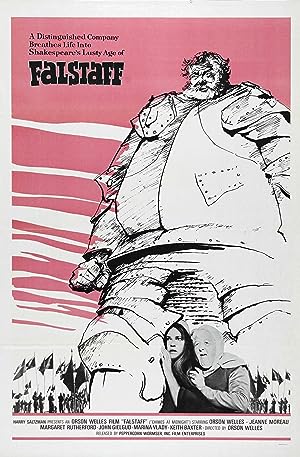 Summary: Sir John Falstaff is the hero in this compilation of extracts from Shakespeare’s ‘Henry IV’ and other plays, made into a connected story of Falstaff’s career as young Prince Hal’s drinking companion. The massive knight roisters with and without the prince, philosophizes comically, goes to war (in his own fashion), and meets his final disappointment, set in a real-looking late-medieval England.