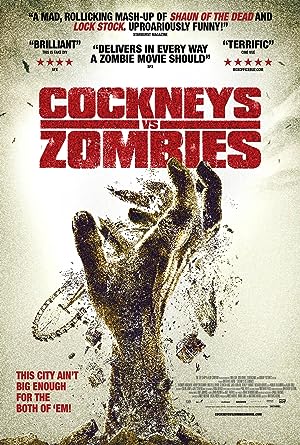 Summary: This British movie is about a group of inept criminals who decide to rob a bank so they can save their grandfather’s retirement home from being demolished by developers. Meanwhile on another building site some workers dig up an old graveyard and they get bitten by the “undead” which sets off a chain reaction. Then the bank robbers are cornered by the police while in the process of the robbery, but when they exit they find that they are all dead as a result of the horde of zombies. They have to get to the retirement home before the zombies do!