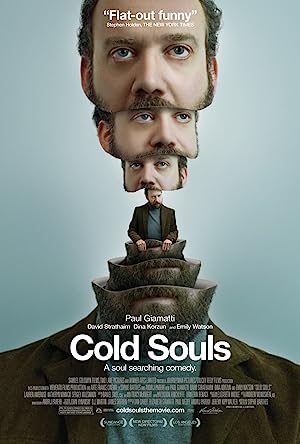 Summary: Civilization and its discontents. Paul, an actor preparing for “Uncle Vanya” on Broadway, is mired in ennui. His agent tells him about an office where he can put his soul in storage. He does so then discovers that being soulless helps neither his acting nor his marriage; he returns to the office and rents, for two weeks, the soul of a Russian poet. His acting improves, but his wife finds him different, he sees bits of the borrowed soul’s life, and he’s now deep in sorrow. He wants his own soul back, but there are complications: it’s in St. Petersburg. With the help of Nina, a Russian who transports souls to the U.S., he determines to get it back. Who has he become?