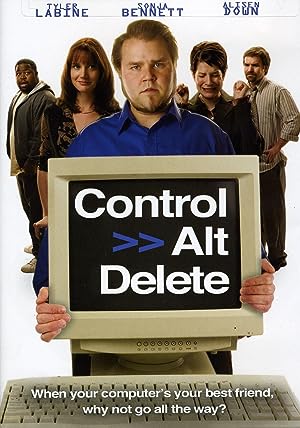 Summary: It’s 1999 and lovable computer geek Lewis Henderson is dumped by his longtime girlfriend Sarah. So he does what any young urban slacker would: work less and beat off more to internet porn. But with the added pressures of his buggy Y2K software and repeated romantic rejection, Lewis discovers that the website images no longer turn him on… and thus begins his strangely satisfying sexual relationship with the machine itself. Ah, but all honeymoons must end and Lewis’ eye starts to wander from his dependable home desktop. His desire for newer, sexier models grows until he finds himself lovin’ neighbors’ laptops and copulating with co-worker’s CPUs. When his boss, Angela, vows to identify the “computer rapist”, Lewis tries to throw off suspicion by dating the company’s mousey receptionist, Jane. But there’s more to Jane than meets the eye – with the new millennium fast-approaching and a massive motherboard calling, now he has to choose between his freaky fetish and the challenge of real love. Or does he? CONTROL ALT DELETE is a moody romantic comedy exploring fetishism, addiction and love in the information age. As our hero Lewis struggles to integrate his public and private personas, he realizes he may not be the only one harboring a dirty little secret.