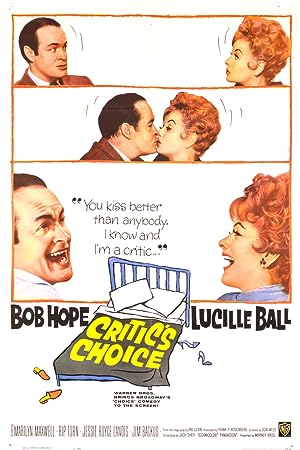 Summary: Parker Ballantine is the most respected and forthright of the New York theater critics. Most of his closest friends are part of the Broadway community, such as his ex-wife actress Ivy London and producer S.P. Champlain. These friendships are not affected by bad reviews from Parker. Angie Ballantine is Parker’s current devoted and faithful wife, who goes with him to show openings and even waits in the newsroom for him to write his reviews. Parker and Ivy’s son, John Ballantine, lives with his father and Angie, who he loves. Angie has had problems in her life seeing projects through to completion, so Parker reacts with some skepticism when Angie announces she plans to write an autobiographical play about her growing up period. This project does become one that Angie does see through to completion, at least to a first draft stage, and despite Parker’s disdainful reaction to at least the process, she is eager for his opinion on this draft. He complies. He hates it and tells her as such. Instead of folding under, Angie is even more determined to get the play produced to prove Parker wrong. Angie’s creative team, including Champlain and up and coming womanizing director Dion Kapakos, admit Angie’s script does have problems but underneath those problems is a great play. As the play goes into production which includes out of town previews (with problems still existing), Parker decides that his relationship with Angie will not force him out from doing his professional duty of reviewing the play if it makes it to Broadway. Will Parker be tainted by his own preconceived notions of the play, will he be honest, and if he is honest and doesn’t like the production, will his marriage be able to survive?