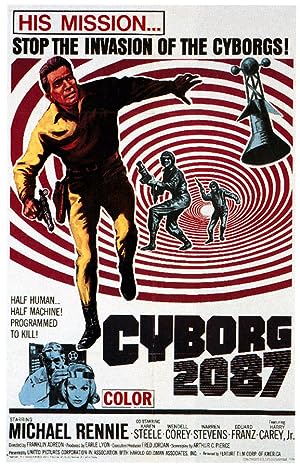 Summary: In the future world of the year 2087, freedom of thought is illegal and the thoughts of the world’s populations are controlled by the government. A small band of “free thinkers” send a cyborg back in time to the year 1966 to prevent a scientist from making the breakthrough that will eventually lead to the mass thought control of the future. Our time traveler soon discovers he is not alone when government agents from the future try to prevent him from carrying out his mission.