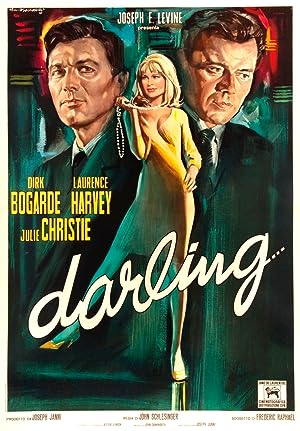 Summary: Young, attractive and vivacious, model Diana Scott (Julie Christie) is firmly decided to become rich and famous as well. To succeed, she does not hesitate to take bold steps. After a while, she literally strikes gold: she meets Robert Gold (Sir Dirk Bogarde), a well-known television journalist, who not only introduces her into new social and professional circles, but also abandons his family to live with her. Diana seems to have happily combined success and love. However, in those roaring sixties, others are ready to offer her even more money, fame, and, seemingly, fun than Robert can.