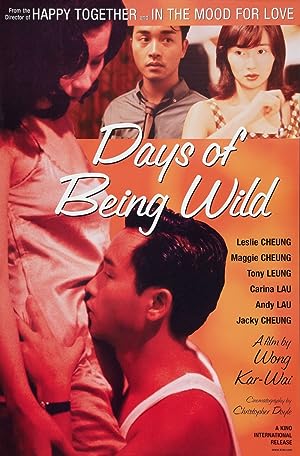 Summary: Set in 1960, the film centres on the young, boyishly handsome Yuddy, who learns from the drunken ex-prostitute who raised him that she is not his real mother. Hoping to hold onto him, she refuses to divulge the name of his real birth mother. The revelation shakes Yuddy to his very core, unleashing a cascade of conflicting emotions. Two women have the bad luck to fall for Yuddy. One is a quiet lass named Su Lizhen who works at a sports arena, while the other is a glitzy showgirl named Mimi. Perhaps due to his unresolved Oedipal issues, he passively lets the two compete for him, unable or unwilling to make a choice. As Lizhen slowly confides her frustration to a cop named Tide, he falls for her. The same is true for Yuddy’s friend Zeb, who falls for Mimi. Later, Yuddy learns of his birth mother’s whereabouts and heads out to the Philippines.