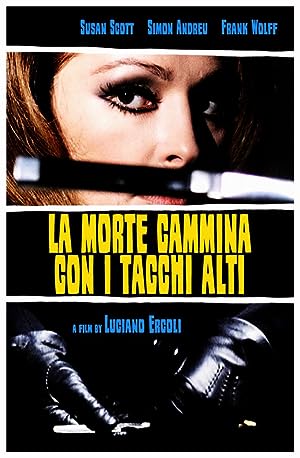 Summary: A famed jewel thief named Rochard is slashed to death on a train. His daughter Nicole, a famous nightclub performer in Paris, is questioned by the police about some missing diamonds but she claims to know nothing about this. Nicole is then terrorized by a masked man with piercing blue eyes who demands to know where her father has hidden the stolen diamonds. Suspecting that her jealous boyfriend Michel may be the man who is harassing her, Nicole and her new-found friend Dr. Robert Matthews escape to England and apparant safety. But the killer will strike again…