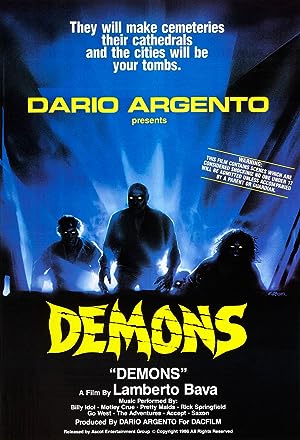 Summary: Art imitating art is the basis of this demonic tale of a group of invited guests who are granted a free lunch in the form of a screening of a horror film that brings naturalism to life. Baited and penned in, this walled-in feeling quickly turns to screams and fear as those who are dead lust after the flesh of those living. The free lunch has turned full circle in the cinema of hell and it is only a question of time before the demons from the abyss are asking for second portions.