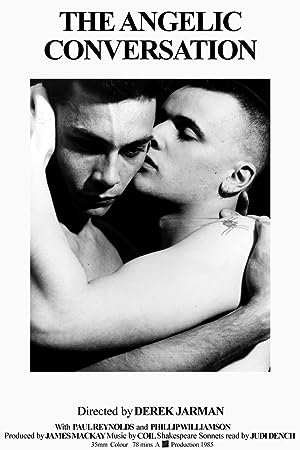 Summary: An unseen woman recites Shakespeare’s sonnets – fourteen in all – as a man wordlessly seeks his heart’s desire. The photography is stop-motion, the music is ethereal, the scenery is often elemental: boulders and smaller rocks, the sea, smoke or fog, and a garden. The man is on an odyssey following his love. But he must first, as the sonnet says, know what conscience is. So, before he can be united with his love, he must purify himself. He does so, bathing a tattooed figure (an angel, perhaps) and humbling himself in front of this being. He also prepares himself with water and through his journey and his meditations. Finally, he is united with his fair friend.