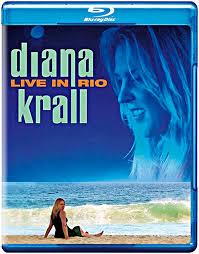 Summary:  Diana Krall has had a long time fascination with bossa nova, a type of music which perfectly suits her sophisticated yet sensual style. This culminated in her new studio album “Quiet Nights” (released by Verve in spring 2009) and in this stunning concert filmed in the home of the bossa nova, Rio de Janeiro, in November 2008. Accompanied by her band and an orchestra, Diana Krall delivers a superb set of standards in true bossa nova style but clearly bearing her unique stamp. This program captures Diana Krall at her scintillating best.