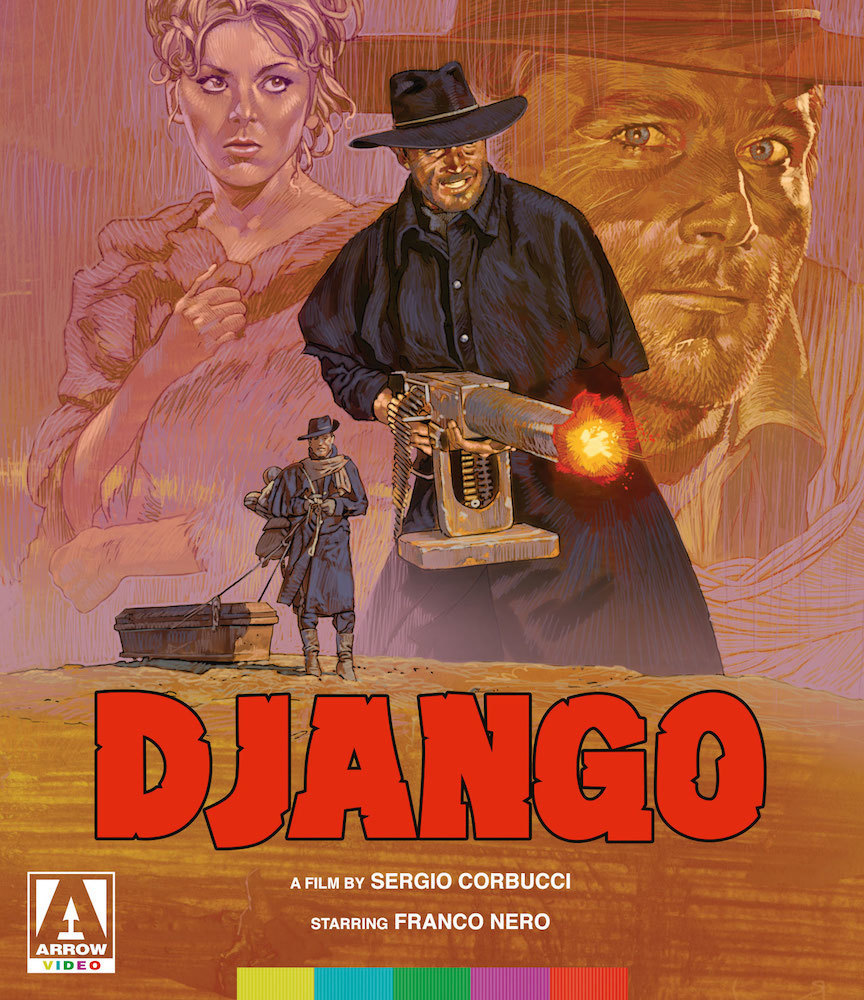 Summary: In the opening scene a lone man walks, behind him he drags a coffin. That man is Django. He rescues a woman from bandits and, later, arrives in a town ravaged by the same bandits. The scene for confrontation is set. But why does he drag that coffin everywhere and who, or what, is in it?