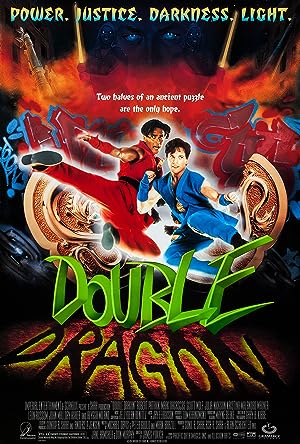 Summary: Set 15 years in the future in post-earthquake California, where San Diego and Los Angeles are merged into one city, two teenage brothers have half of a powerful ancient Chinese talisman. Millionaire Koga Shuko (a.k.a. Guisman) has the other half and determines to get the brothers’ half in order to have the complete medallion and the absolute power of the magical Double Dragon talisman.