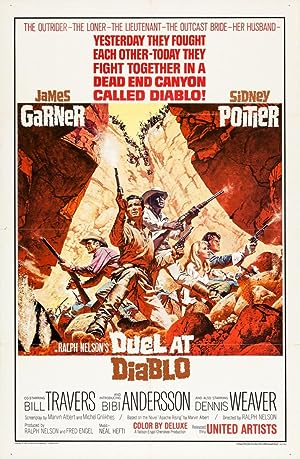 Summary: Lieutenant McAllister is ordered to transport several ammunition wagons to another fort through Apache territory with only a small troop of rookie soldiers to guard them. Along for the ride is ex-scout Jess Remsberg who is trying to track down Ellen Grange, who, having recently been freed from Apache captivity, has mysteriously run off again to rejoin them. Remsberg frees Ellen again and leaves her with the embattled soldiers as he rides off to the fort, not only for help, but to find the man who killed and scalped his Indian wife.