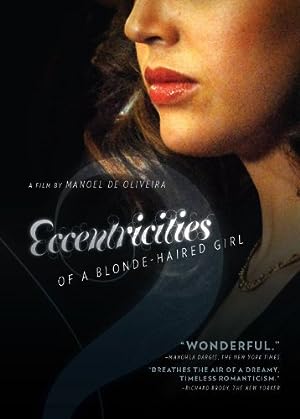 Eccentricities of a Blonde-Haired Girl (2009)

Summary: On a train to the Algarve, Macário tells his story to a sympathetic woman he’s just met. In flashbacks he arrives in Lisbon to work as an accountant and a broker for his uncle. From his office window, he sees a young woman, Luísa: he’s intrigued and finds her beautiful; she holds a Chinese fan near her face. He arranges to meet her, and they fall in love. When he tells his uncle he wants to marry, not only does his uncle disapprove, he fires Macário who then leaves his uncle’s home to live on his own. Penniless, he takes a job in Cape Verde to earn some money so Luísa and he can wed. Will she wait, and what of her peculiarities? His seatmate on the train wants the whole story.