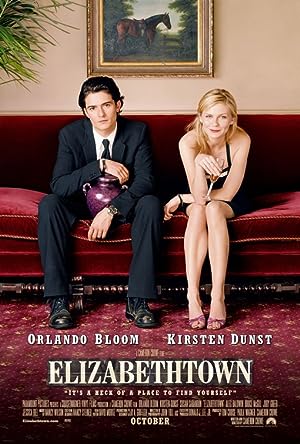 Summary: After causing a loss of almost one billion dollars in his company, the shoe designer Drew Baylor decides to commit suicide. However, in the exact moment of his act of despair, he receives a phone call from his sister telling him that his beloved father had just died in Elizabethtown, and he should bring him back since his mother had problem with the relatives of his father. He travels in an empty red eye flight and meets the attendant Claire Colburn, who changes his view and perspective of life.