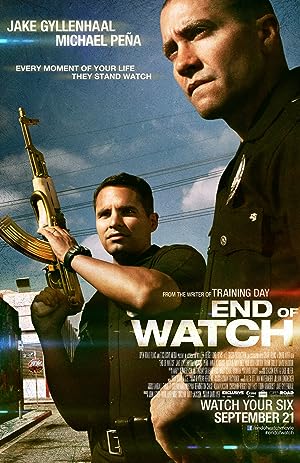 Summary: In South Central Los Angeles, street cops Brian and Mike are partners – balls-out cowboys patrolling the streets as Latino gangs are in a power struggle with Blacks. Brian and Mike get lucky a couple of times, making big drug and human-trafficking busts, so a Mexican cartel orders their deaths. We meet Mike’s pregnant wife (whom he married out of high school) and watch Brian’s search for a soul mate. There are internal squabbles within the ranks of the LAPD and lots of squad-car conversation. Can the lads escape the cartel’s murderous reach?