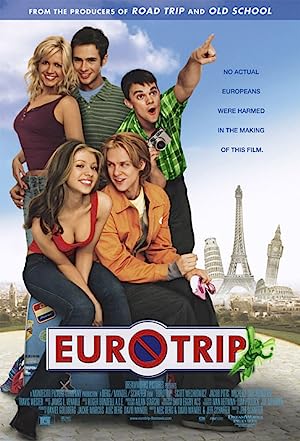 Summary: Ohio high school student Scott Thomas is a good student and nice guy – albeit a little predictable – who is about to graduate and go into pre-med. He is unceremoniously dumped by his whorish girlfriend Fiona on graduation day. Among the people he turns to in his hour of despair is his German pen pal, Mike. Scott and Mike seem to have a special connection. After Mike makes advances to Scott now that he and Fiona are not seeing each other, Scott abruptly sends Mike a message saying he never wants to hear from him again. However, Scott learns shorty thereafter that Mike is actually a beautiful girl named Mieke. By this time, Mieke has blocked his messages. Thinking that Mieke is actually who he was meant to be with, Scott, impulsively for a change, decides to go to Berlin to be with her. Along for the ride is Scott’s best friend, the girl crazy Cooper Harris. They manage only to get a flight into London, and thus have to make their way from London to Berlin. Along the way in Paris, they run into their high school friends, twins Jenny and Jamie, who are backpacking through Europe. Scott and Cooper consider them the most mismatched twins ever, Jamie who is a walking encyclopedia, and Jenny a girl who they treat as just one of the guys. As the four try to make their way to Berlin, they run into a few obstacles and few adventures. Scott hopes that all these problems are worth it when he has his much hyped in his mind meeting with Mieke.