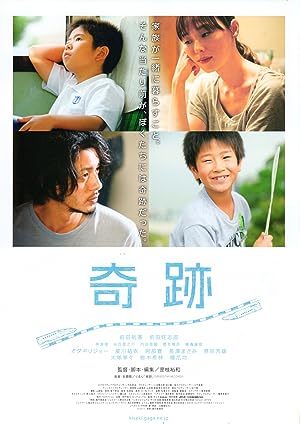 Summary: In Kagoshima, the boy Koichi lives with his mother Nozomi in the house of his grandparents. Koichi misses his younger brother Ryunosuke and his father Kenji, who live in Fukuoka, and he dreams of his family coming together again. One day, Koichi overhears that the energy released by two bullet trains passing by each other would grant wishes and he invites his two best friends, Tasuku and Makoto, to travel to the point of intersection of the two trains. Koichi also tells his plan to Ryunosuke that invites his three best friends to join him. Soon the seven children arrive to the meeting point in the journey of discoveries.