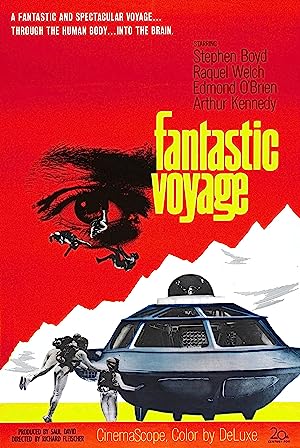 Summary: Scientist Jan Benes, who knows the secret to keeping soldiers shrunken for an indefinite period, escapes from behind the Iron Curtain with the help of CIA agent Grant. While being transferred, their motorcade is attacked. Benes strikes his head, causing a blood clot to form in his brain. Grant is ordered to accompany a group of scientists as they are miniaturized. The crew has one hour to get in Benes’s brain, remove the clot and get out.