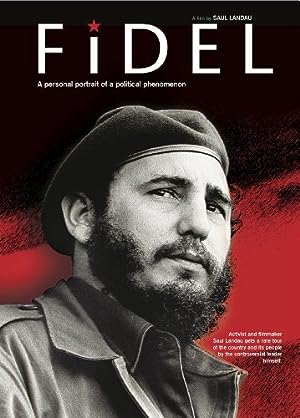 Summary: FIDEL provides a unique view of Cuba’s controversial and most polarizing leader. In 1968, Castro took filmmaker and activist Saul Landau on a weeklong jeep ride through the eastern mountains. There, he plays baseball with a group of peasants, visits his pre-school and trades jokes with a 98-year old man. Fidel also listens to the people’s concerns about food distribution, bad roads and transportation. Landau captures Cuba’s revolutionary chief early in the morning in his tent. The camera zooms in on his dirty and delicate fingernails holding his trademark cigar while he tells a story of SÃ­mon Bolivar and offers tactical advice to guerrilla warriors throughout the Third World.The film contains rare and fascinating archive footage of the Bay of Pigs invasion and scenes of Che Guevara alongside interviews with political prisoners. Spectacular photography and editing with hot Cuban music provide the cinematic aesthetics that give this film beautiful form to accompany its exciting content.