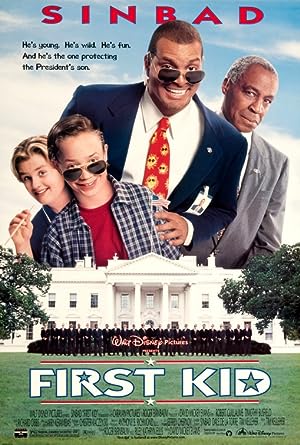 Summary: Luke Davenport is the thirteen-year-old son of Paul Davenport, the President of the United States, and first lady Linda Davenport. Ill tempered Agent Woods is the secret service agent in charge of Luke. Woods is fired after mistreating Luke in front of the press. Woods is then replaced by former boxer Sam Simms, who won a boxing title in 1977. Sam is eager to take the job – even though no one else wants it. Everyone thinks that Luke is just a brat when the only thing Luke wants is to just fit in and be like every other kid at his school, the Georgetown Academy. Sam almost gets fired when Luke gets decked at school by school bully Rob MacArthur. This is when Sam decides to use his boxing expertise to teach Luke how to fight. Luke has his eyes on class-mate Katie Warren, but so does Rob. Katie agrees to go with Luke to an upcoming school dance, so Sam teaches Luke how to dance. Rob is also at the dance, but this time when Rob tries to deck Luke, Luke turns the tables and decks Rob. Sam is then fired for taking Luke to the dance without permission, although Luke had the permission of his parents, but secret service chief Morton didn’t want Luke leaving the White House grounds while Luke’s parents were on the campaign trail. Luke runs away anyway to meet a friend that he has been chatting on the internet with. The meeting is set to take place at a local mall where Luke discovers that his secret friend is a now psychotic Woods, who blames Luke for his firing and wants revenge on Luke, but not if Sam can help it.