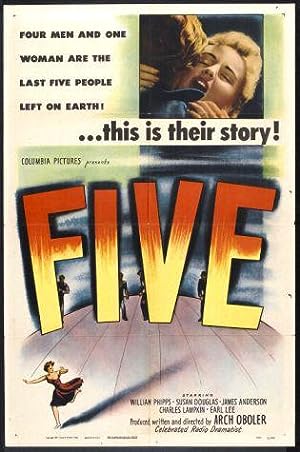 Summary: Five people are miraculously spared when the fall-out from a super-atomic bomb eventually kills all of the rest of humanity on earth. They are Roseanne Rogers, a pregnant woman who was in an X-ray room; Michael, a sensitive young poet and philosopher; Charles, a black man; Mr. Barnstaple, a banker; and Eric, a cosmopolitan Alpinist who was saved from the radio-active dust because he was climbing Mt. Everest at the time of the explosion and fall-out. Eventually, they all wind up in a Frank Lloyd Wright-designed house on a California mountaintop. There is a lot of symbolism, especially with the mountain climber, who represents decadent and alien fascism and the banker who brings greed and arrogance to this new Eden on Earth. Soon, only two are left.