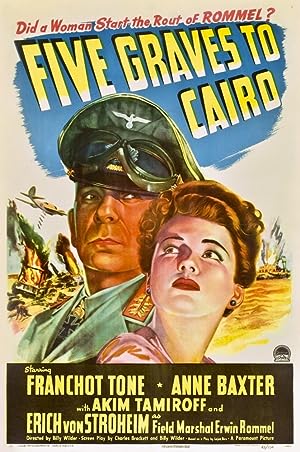 Summary: June, 1942. The British Army, retreating ahead of victorious Rommel, leaves a lone survivor on the Egyptian border–Corporal John Bramble, who finds refuge at a remote desert hotel…soon to be German HQ. To survive, Bramble assumes an identity which proves perilous. The new guest of honor is none other than Rommel, hinting of his secret strategy, code-named ‘five graves.’ And the fate of the British in Egypt depends on whether a humble corporal can penetrate the secret…