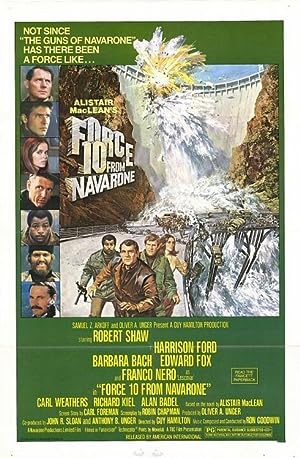 Summary: Mallory and Miller are back. It seems that there was traitor with them at Navarone, whom they thought was executed. But it seems that not only was he not executed, and he was not a traitor but a German spy. Intelligence believes he made it to Yugoslavia and is now with the Partisans. So, Mallory and Miller being the only ones who can positively identify him are sent along with a unit called Force 10, which is led by Colonel Barnsby, who objects to their presence. It seems that Force 10 has a mission of their own which Mallory and Miller know nothing about. When their plane is shot and most of the team is killed, they mistakenly believe that some of the locals they meet are Partisans but in reality are German Allies, so they are taken prisoner, and have to convince the German commander that they are not spies or else they will be killed.