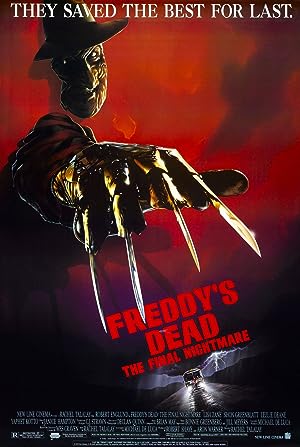 Summary: In part six of the Nightmare on Elm Street series, dream monster Freddy Krueger has finally killed all the children of his hometown, and seeks to escape its confines to hunt fresh prey. To this end, he recruits the aid of his (previously unmentioned) daughter. However, she discovers the demonic origin of her father’s powers and meets Dad head-on in a final showdown (originally presented in 3-D).