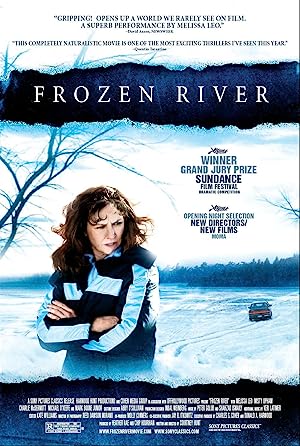 Summary: Takes place in the days before Christmas near a little-known border crossing on the Mohawk reservation between New York State and Quebec. Here, the lure of fast money from smuggling presents a daily challenge to single moms who would otherwise be earning minimum wage. Two women – one white, one Mohawk, both single mothers faced with desperate circumstances – are drawn into the world of border smuggling across the frozen water of the St. Lawrence River. Ray and Lila – and a New York State Trooper as opponent in an evolving cat-and-mouse game.