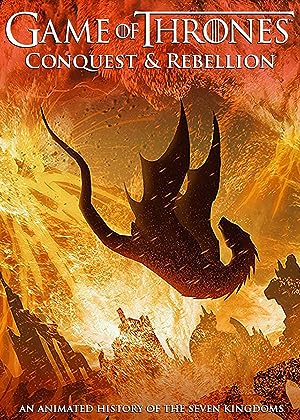 Game of Thrones Conquest & Rebellion: An Animated History of the Seven Kingdoms (2017)

Summary: Aegon of House Targaryen sets out on his brave and bloody conquest to defeat the seven reigning families of Westeros. An impossible feat were it not for Aegon’s possession of feared and ferocious dragons.