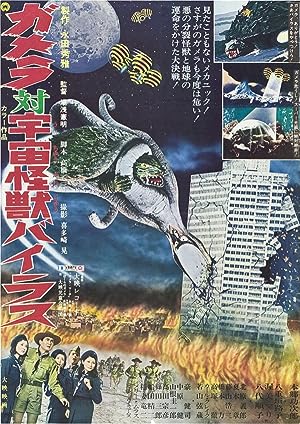 Summary: A group of aliens from another planet head for Earth with the intentions of conquering it. Their first ship is destroyed in transit by the giant flying turtle Gamera. A second ship makes it to Earth and captures two Boy Scouts and holds them captive so that Gamera will not attack them. The aliens then implant a remote control device into the monster’s neck and use the great turtle to attack Tokyo. The boys then come up with a plan to foul up the remote control device to the point where Gamera does the opposite of what he is ordered to. As a result Gamera destroys the aliens ship, but then has to contend with their giant squid like leader Viras.