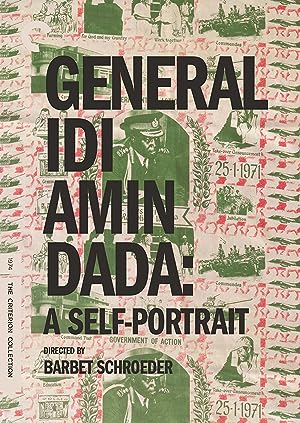 Summary: Uganda’s dictator, General Idi Amin Dada, accepts a foreign crew’s request to interview and film him. He talks to the camera about his outreach to Arab nations, his goal of eradicating Israel, his views on economic policy, and his views of Nixon, Kissinger, and other world leaders. We also see him dressing down his ministers at a cabinet meeting (two weeks after this meeting, the foreign minister, whom Amin criticizes here, is murdered), supervising a war-game simulation of an invasion of Israel, visiting a village, and addressing a conclave of Ugandan physicians.