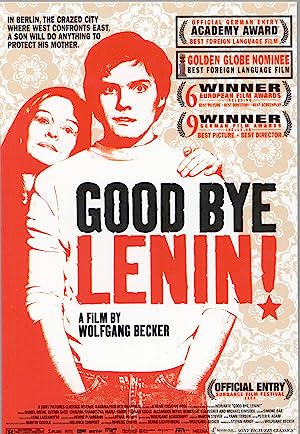 Summary: East Germany, the year 1989: A young man protests against the regime. His mother watches the police arresting him and suffers a heart attack and falls into a coma. Some months later, the GDR does not exist anymore and the mother awakes. Since she has to avoid every excitement, the son tries to set up the GDR again for her in their flat. But the world has changed a lot.